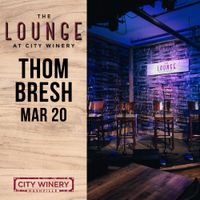 “The guitar is my first love, my partner in life. We grew up together and we’ll most likely die together. Everything I’ve accomplished was with it. Every great moment in my career was because of it. Remember my heritage. To me, playing the guitar is not about licks and speed. That’s only for the insiders. Playing it makes music and music is an emotion. Emotions are stimulated by feelings and sounds. That works on everybody. When the sound and feel are right... Wow!”

Armed with just a guitar (he refers to it as “My Band”) and a lifetime of great stories of a life surrounded by the greats, Thom has performed in many of the great concert halls of the world today, was inducted into the “Thumbpickers Hall of Fame,” has been bestowed the title of “Wine Lord” by both Bordeaux, France and Patrimonio, Corsica World Wine Councils and has been entertaining people for a lifetime.